Skip to content
WWOOFing in Finland
When Katie and I quit our jobs to travel the world, we decided that we wanted our first stop to be something as far detached from our repetitive 9 to 5 office jobs as possible. And so, we went to work on an organic farm in Finland just outside of Helsinki in a place called Majvik. After a few hours of travel from the UK just three days after saying goodbye to office life, we arrived. It was late in the evening when we were shown to our own little cabin. It was small, dusty, dirty and we had committed to living there for the next month. I had already decided I didn’t like it and wanted to go home.

WWOOF, which stands for World Wide Opportunities on Organic Farms, helps to connect farmers with budding volunteers looking to help them out. It’s something you can do almost anywhere in the world and it’s free! Well, mostly free. WWOOF websites charge an annual membership fee which varies by country but it’s not unreasonable – around £20 GBP per person. Aside from that and getting to and from your chosen farm, everything else is free. All the farmers ask is that you work a pre-agreed number of hours for them and you’ll get food and accommodation in return.

Although this tends to be the standard agreement, each host will outline their work expectations and offerings on their advert. The type of food and accommodation will vary depending on the farm but you can’t go in expecting five-star luxury. However, you can expect some standards. I read a number of bad reviews for some farms where the accommodation was beyond dire and the food was borderline non-existent so it’s always best to choose a farm with at least one good review from a WWOOFer to avoid any major surprises!

Working on the Farm 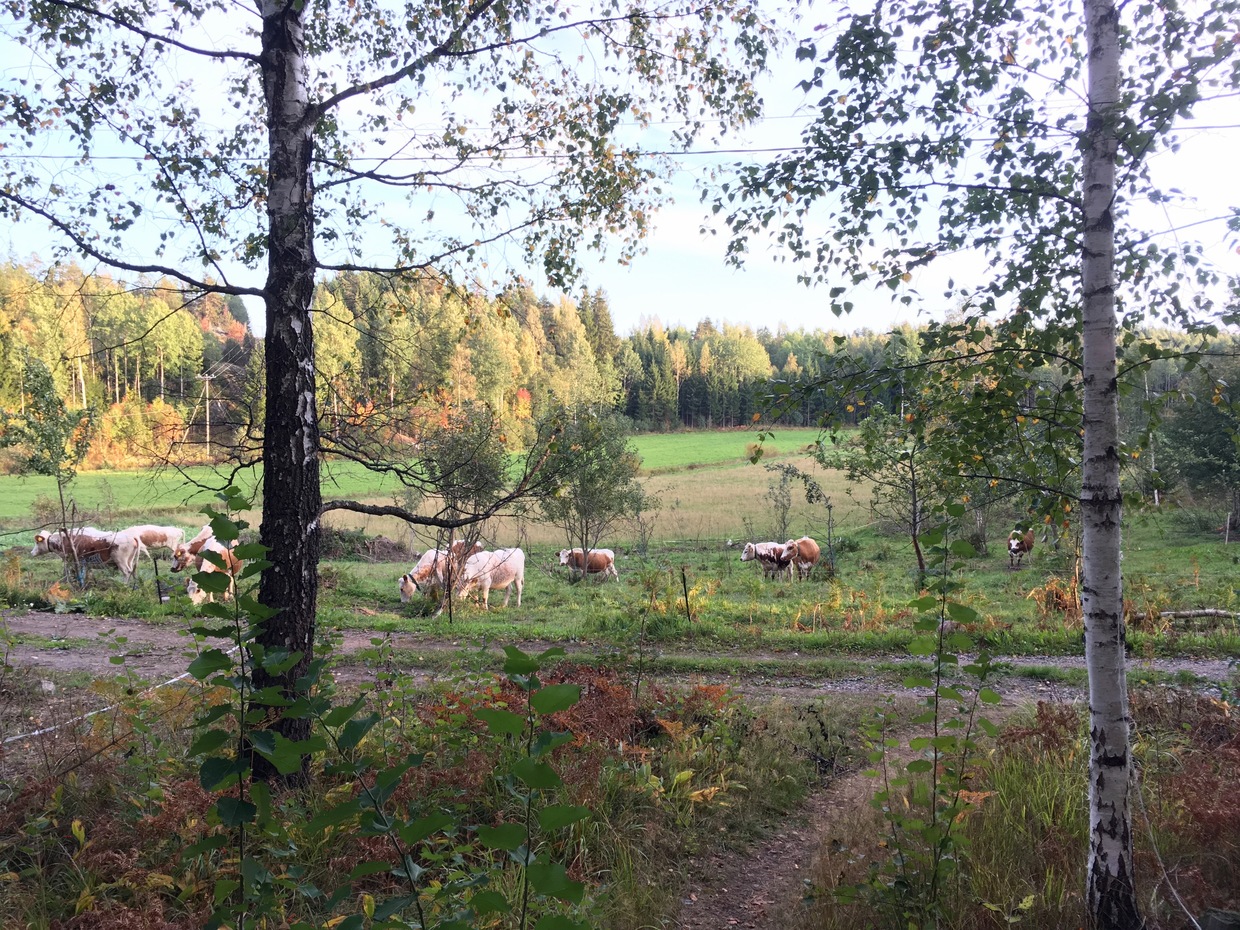 The first few days were always going to be tough while we got to used to the type of work. Fortunately, we weren’t alone and there were a number of other volunteers and workers on the farm from all over Europe. Everyone had varying degrees of skill and knowledge so our lack of experience was never a problem. We got to work, rain or shine, hot or cold, but the tasks were often tailored to the weather and we’d been provided with decent farmwear for every eventuality.

If it was a good day, we’d find ourselves out in the fields pulling up a variety of vegetables such as beetroots, potatoes, celeriac and parsnips. On cold and rainy days, we’d be tasked with sorting out the pickings by quality. Despite being physically demanding, farmwork gives you a mental break. A chance to just think and reflect while you’re pulling up turnips or picking tomatoes off the vine. You could say that every task was repetitive, and indeed it was, but it was never boring. Except weeding, I don’t want to do weeding ever again.

No two days on Majvik were the same. Naturally, there were some necessary tasks like feeding the cows every morning or packaging up food orders every other day but other than that, the work was decided upon each morning. One thing that was guaranteed was the timing, we’d always start at 8:30am, finish at 4:30pm and have lunch sometime around 12:30pm. There was never any expectation of ‘overtime’, a word that many office workers learn to hate. Most farms expect you to volunteer for around 35 hours a week over four or five days. We worked Monday to Friday and had the weekends to ourselves. One of the biggest reasons for choosing Finland was for the people. Finland is often considered to be one of the happiest nations in the world and we can see why. Everywhere we went felt relaxed and the farm was no exception. Majvik’s farmer, Atte, never seemed to show any stress or anger even when things went really wrong. We also learnt very quickly that Finns don’t believe in ‘small talk’ so conversations are often very functional. The mindset appeared to be totally different from that in the UK and I envy them for it.

As for the other volunteers, it was like WWOOFing attracted a certain type of individual and everyone was fully committed to the experience. We all got along well and made friends with people we’d never have met in ‘real life’. After the first week, we found ourselves socialising most evenings whether it was making dinner in the kitchen together or sitting around the bonfire with a bowl of soup. This was a different life to what we were used to but we were enjoying it.

Adjusting to the Lifestyle The hardest task was switching from a comfortable life living in a house to living in a cabin with an outside toilet and shower. After the initial shock of ambling up a gravel road at three o’clock in the morning wearing a head torch to use the toilet, it’s incredible how quickly you can adjust to such a dramatic change in lifestyle. It does take some getting used to but then you start to forget what a flushing toilet even looks like! We were also blessed to have an incredible shower, apart from being outside behind the cowshed.

Switching diets was another challenge, we were used to eating whatever we wanted whenever we wanted. And then, we found ourselves eating mostly root vegetables and fresh bread every day. Naturally, the food was great. Volunteers would take turns cooking lunch during the day often with enough leftovers for dinner. At weekends, you could do whatever you wanted with the seemingly endless supply of vegetables. I’ve never eaten so healthily in all my life before or since! Although, it can be tough missing the guilty pleasures.

We know full well we got lucky with our farm. There are plenty of lesser equipped options out there and we grew to love our lifestyle. It’s hard to complain when you wake up every morning to green fields and fresh air and on the weekends we’d make the most of it. Even though the working week was physically tiring, we still made time to go walking every weekend and explore the surrounding area. If you’ve never been to Finland, nature there is fascinating not to mention vast. You could find yourself in woodland with no one around for miles or run into a deer or even a moose. I hated day one, I wondered how I was going to be able to get through the month. But by the last day, neither of us wanted to leave. We’d fallen into the relaxed Finnish and farm lifestyle and loved not having to think about spreadsheets, office politics and annual forecasts. Since leaving Finland, we’ve travelled extensively around Europe and Asia but we always think about going back and spending another month on the farm. If you ever get the opportunity to give WWOOFing a try, do it. Know that it will probably put you out of your comfort zone but if you can embrace it, you’ll enjoy it. This Your Best Adventure Yet is brought to you by Oli, the British-born creator of Not Brits Abroad He has been travelling full-time with his partner, Katie, since September 2018 spending extended periods in Europe and Asia. Although he enjoys travel and new experiences, he is often overly honest with his disappointment, as is the British way. You can follow their travels on Facebook, Instagram and Pinterest.