Amsterdam is a city closely associated with freedom and liberalism, which is reflected in a long list of allowed things to do that are not allowed in most other countries in the world. Legalized weed and hash in Amsterdam coffee shops and prostitution in the Red Light District are some of them.

Coffee shops in Amsterdam are also one of the main reasons why tourists visit this city along with lots of free things to do. Even if coffee shops weren’t a part of your plan, you should definitely visit at least once to feel the real spirit of Amsterdam. That is why I present to you a list of 10 Best Coffee Shops in Amsterdam to Visit. 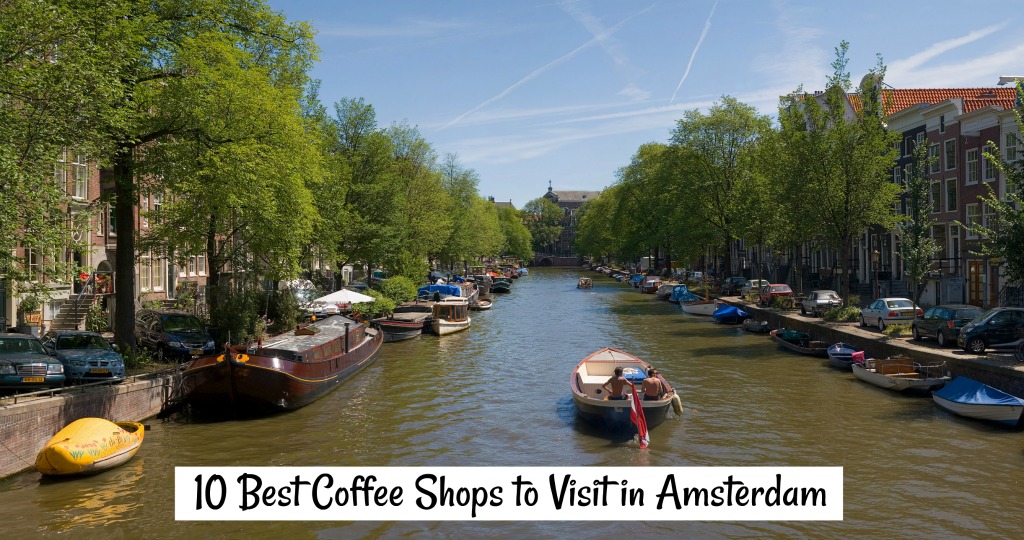 Weed was legalized in Amsterdam in the 1970’s as a way to deal with bigger problems, namely the problems with hard drugs. So, legalizing weed and hash and creation of special coffee shops in Amsterdam, allowed the municipal government to decrease the level of hard drug consumption and to be able to control the sale of soft drugs.

Today, there are about 250 coffee shops in Amsterdam, most of them are situated in the Red Light District. There used to be more of them, but according to the law from 2014, a distance between a school and coffee shop in Amsterdam must be at least 250 meters, because of which 43 coffee shops have been closed. The business they make is strictly regulated, so that the coffee shops cannot advertise, and get instantly closed in case of selling of hard drugs or selling to children below the age of 18. Mellow Yellow is the first coffee shop in Amsterdam. It was founded in 1972 and was first called a ‘tea house’. It was almost legal to buy weed there in the beginning, while now it is absolutely allowed, and the coffee shop has a sticker of the coffee shop union Bond van Cannabis Detaillisten (BCD), which proves that it has permission to sell cannabis.

The Bulldog Coffeeshop in Amsterdam

The Bulldog Coffee Shop is probably the most popular and touristy coffee shop to visit in Amsterdam. It is always full of people, in the evening there is always a line to get in. The Bulldog is a coffee shop chain that has several places around Amsterdam combining both bars and coffee shops (while being in different rooms), and even a hotel. The most popular place is on the Leidenplein square. Modern coffee shop in a classic Dutch building on the corner of Singel and Haarlemmerstraat close to Central Station. The upper floor is spacious with room for reasonably large groups, as long as you get there first. Pablow Picasso opens early for morning people.

If you’re in the east of Amsterdam, it is recommended to visit one of the best subterranean coffeeshops. Smoke Palace coffee shop is built underneath Linnaeusstraat, a street running to the Oosterpark. Its spacious smoking room is a favorite among locals, and its distance from the city center will allow you to feel the spirit and atmosphere of a genuine place beloved by locals without crowds of tourists surrounding you or making noise. Another bonus is that the Smoke Palace has a large patio area. Dampkring coffeeshop is located behind the famous Bloemenmarkt, Amsterdam’s floating flower market.  It earned a name for itself after the cast of Ocean’s Twelve were filmed sampling its wares. The coffee shop has a cozy interior and pleasant atmosphere, it offers a selection of drinks including Belgian hot chocolate. Bowie, Its feline mascot, which is something like a local celebrity will happily pose for a photograph.

Barneys coffeeshop is located in a 500-year-old building with its own long history in the Westerpark neighborhood. This place also developed into a chain of coffeeshops, but the most genuine and popular one is located on Haarlemstraat.

Grey area is a small, but very famous coffeeshop in the center of Amsterdam. It is very popular among both locals and tourists for good quality of products. It is made in an American style by two American guys. The place is so popular that it was even visited by Snoop Dogg. Pick Up the Pieces Coffee Shop in Amsterdam.

Greenhouse is a legendary coffee shop with a great price/quality ratio. They’ve won the Cannabis Cup over 30 times and, with the Grand Hotel next door, occasional celebrities visit this place for a good quality of products. The vibe inside has grown a bit commercial, but it’s still worth a visit to enjoy the atmosphere if you pass by.

The only coffeeshop that looks like it’s run by a hippie stoner (which it is). The interior is full of antiques, which are also for sale. All the old kitchenware, tables and funky lamps. The building is just unique with trunks of 4 large trees supporting the façade.

Green House Namaste is a very cozy and intimate coffee shop on the Waterlooplein in Amsterdam, which nice for a chill vibe. It also has a great and friendly staff, which is glad to help you with choice.

I hope you enjoyed Roman’s list of 10 best coffee shops in Amsterdam. By Roman from Visit-Belarus.com and RomanRoams.com

Where are your favorite coffee shops? Please let me know in the comments.

For more things to do in Amsterdam read 10 Not-to-be-Missed Amsterdam Adventures and A Perfect Long Weekend in Amsterdam.

Savoring the adventure of each taste, place, moment.📍NYC Next: Maine, California, Madrid, Morocco, WITS in KC

How was your weekend? New England had a taste of s

Happy Friday! Another of my favorites from last ye

Some happy sunflowers to get you over this #humpda

This was my number one item I checked off my bucke